Freudenstadt: The Black Forest and Hiking in the Foothills

It’s been awhile since my last post. It’s been a busy time for me with working, enjoying the beautiful fall weather, and also spending a majority of my free time applying for grad school. Yes, I am planning on going back to school. I’ll delve more into that subject in a later post. For now, I must catch up with my Euro-Trip!

The last thing I wrote about was my time spent in Berlin, as well as my adventures in Amsterdam. Well, we traveled from Amsterdam to Freudenstadt via night rail. We reserved two beds in a 6-bed room and shared the room with a couple. I can’t recall where they were from, I believe it was Iran though. We left Amsterdam at 8:30pm and arrived in Karlsruhe at 4:00am, which was our transfer station. Our transfer window was only 20 minutes and we had a train malfunction on the way to Karlsruhe, so I was really worried about missing our tram from Karlsruhe to Freudenstadt. When we arrived in Karlsruhe, the transfer window was now 3 minutes. Colleen and I jumped off the train and ran as fast as we could with our backpacking bags on to the tram station. When we exited the train station, we saw a tram pass by and booked it to the platform. When we got to the platform, we realized it was the wrong tram, so we stood in anxious silence, hoping that we hadn’t missed our transfer. Within a few minutes, around the corner came our tram and with sighed breath, we walked on and took our seats.

Here’s a video of the morning dawn from the tram. The ride from Karlsruhe to Freudenstadt serpentined through The Black Forest foothills, resulting in an awe-inspiring tram ride.

Freudenstadt: The Black Forest and Hiking in the Foothills

When we arrived in Freudenstadt, we walked through the quaint little town. Unexpectedly, Germany’s largest public square resides in the center of town. The info boards told us that there were plans to build a giant castle in the center of Freudenstadt, but the plans were never implemented. So, the space was never built upon and eventually turned into a public space for all the inhabitants.

We stayed in a youth hostel called the DJH Jugendherberge Freudenstadt and I must say it’s the best youth hostel I’ve ever stayed in. Buffet-style German breakfast is served in the morning, the rooms are well maintained and clean, there are lots of activity rooms available for leisure, and the best part was all the happy children and teens running around. If I were to lead a camp or a group of young folks, I would totally use this hostel. Also, the hostel was walking distance from a few hiking trails, which is the main reason why Colleen and I decided to come here in the first place!

On our first full day, we woke up early, ate breakfast, and walked from the hostel to a nearby hiking trail. I can’t remember the name of the trailhead, but it was just north of the hostel, reachable by the main road. In the end, we hiked on old logging roads that looped around a nearby foothill. The views weren’t stellar, but the woods were old and there is nothing better than the smell of a conifer forest. Halfway up the foothill, there was a resting station, mostly likely for skiers in the middle of winter, but it offered a nice respite from our long hike.

After our hike, we returned to the town center for dinner. Colleen had never had wienerschnitzel, so we were on a mission to get the best wienerschnitzel in town! In the end, we succeeded. We ate delicious fried veal, drank German beer, listened to the church bells ring, and then watched the sun slowly fall under the horizon.

Colleen in a hunting shelter with the Black Forest as the backdrop.

The next day, we planned for a longer hike into the actual boundary of the Black Forest. While Colleen was researching about local trails, she found historical boundary markers that we could hike to from the city center. So, we put on our hiking boots, packed a couple lunches, and set off to the SW en route for the Black Forest. 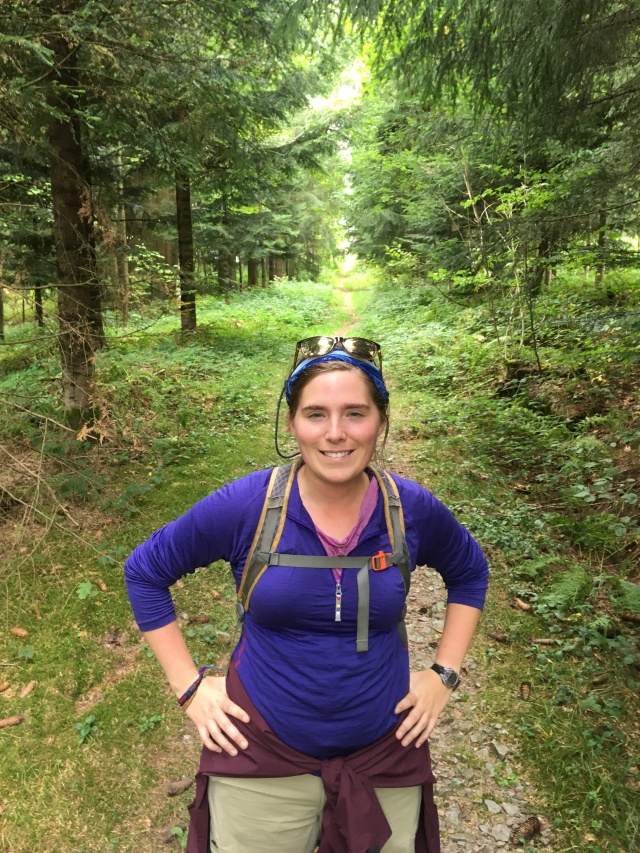 This is me on the boundary trail, which is a historical boundary separating two royal family properties. There were stones along the trail which had the family crests on opposing sides, referencing that the side with one crest is the one families side and vice versa.

As I mentioned before, Colleen and I hiked the the previous day on an old logging road. Well, the hike in the Black Forest was much more isolated and rugged. There were some roads, but most of the time we were on earthy trails covered in pine needles. We climbed up a ways in the beginning, but the trail evened out once we reached the top of the foothill. The trail wove through old growth conifer forest, overgrown farmland, and even bisected a nature preserve. We hiked over 10 miles that day. 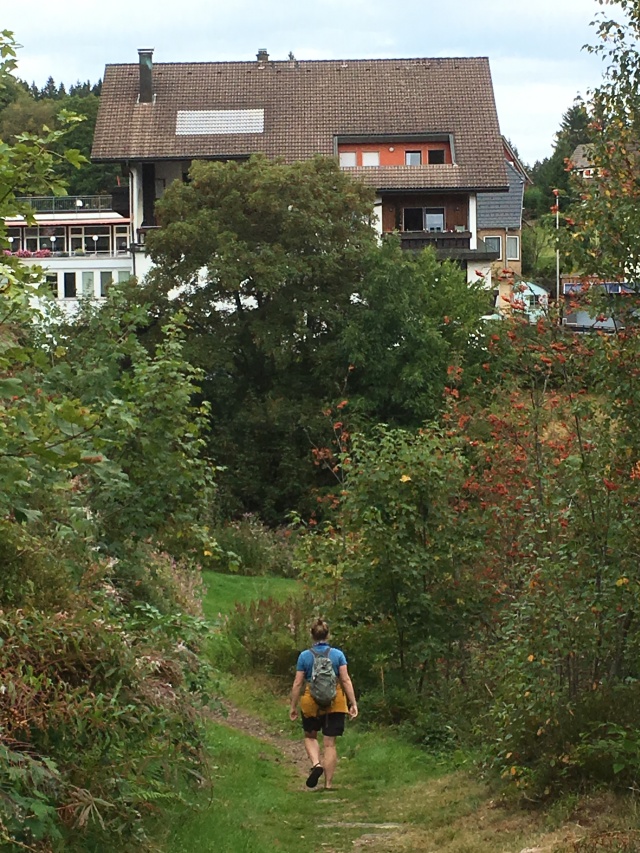 Here is a photo of Colleen exiting the forest. We hiked all the way to Kniebis, a small town to the West, to catch a bus back to Freudenstadt. We were fortunate that we made it to the bus stop just in time for the final bus for the day!

I’m happy that Colleen and I dedicated 3 days staying in Freudenstadt. In the future, I will probably spend time in a different part of SW Germany, probably somewhere more south, since the Alps would only be a day trip away!

The next day, Colleen and I bid farewell to SW Germany and caught a morning train to Munich. Our plan was to visit the Dachau Concentration Camp Memorial Site just outside of Munich. I’ll write about my experience in my next post. 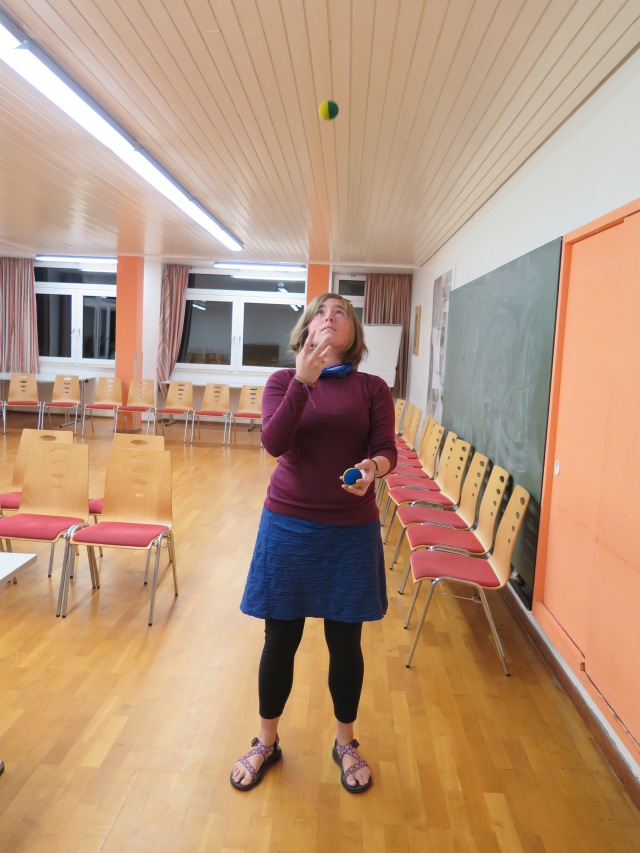 Colleen and I found juggling balls at the youth hostel. I had to show-off my juggling skills!

← Berlin: A City With Visible War History and an Alternative Art Scene
Munich: A Short Visit to Dachau Concentration Camp and Memorial Site →

2 Comments on “Freudenstadt: The Black Forest and Hiking in the Foothills”